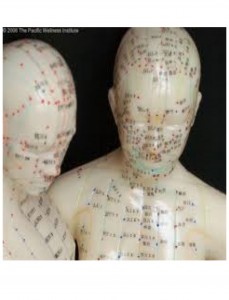 Meridian Tapping(also known as EFT) is a self empowering tool based on research indicating that emotional trauma contributes greatly to disease. I first learned about tapping after a car accident that left me with a back injury. I hadn’t had back pain until then, and didn’t understand how it can affect the simple everyday actions that it does. I started tapping when I felt the pain; it helped me to sleep without pain. It also helped relieve the back pain while I was walking. I found that this simple tapping could help with a variety of different situations in my life that needed healing.

You see, stress is heavily linked to pain and physical  illness, as well as emotional issues. At the very least, stress escalates most illnesses, so if you can reduce the stress, you reduce the effects of the illnesses.

Clinical trials have demonstrated that Tapping (EFT) is effective in rapidly reducing the emotional consequences of memories and incidents that trigger emotional distress. After the distress is lessened or eliminated, the body frequently rebalances itself, accelerating the healing process.

Tapping uses components of Cognitive Therapy and Exposure Therapy,  combining them with Acupressure, by tapping on acupuncture points.

Gary Craig, was a pioneer in Meridian Tapping and  founded EFT(Emotional Freedom Technique) in the 1980’s while successfully working with Viet Nam Veterans suffering with Post Traumatic Stress Disorder. He surmised that “The cause of all negative emotions is a disruption in the body’s energy system”. He found that EFT could effectively restore the body’s energy system reducing the negative emotions.

Over 20 clinical trials published in peer-reviewed medical and psychology journals have indicated that EFT/Meridian Tapping is successful with phobias, anxiety, depression, post-traumatic stress disorder, pain, and other problems. Approximately 10 million people worldwide have used EFT or Meridian Tapping successfully with relief. I have personally used it with myself and others with success.

How many times have you stated an affirmation and your brain  says “I don’t think so”, or “yeah right”?  If we don’t believe the affirmation, how can it stick? According to Rex Steven Sykes, Master Trainer of NLP, and expert in brain based learning, people who say affirmations are wasting their time. The affirmations are actually setting up internal conflicts that cause them to activate the exact opposite of what you want. Subconsciously, your brain doesn’t believe the affirmation. Meridian Tapping/EFT and other Energy Tools break through these subconscious internal conflicts. When you take away the “resistance” to the affirmation and shift it with these energy tools, then belief occurs.

It’s very empowering to know that when something comes up, you can tap away the feelings and deal with the situation in a positive way, which usually results in positive consequences. Once you learn the process, it’s a simple tool that can be used anywhere and anytime.

Wordpress SEO Plugin by SEOPressor
Password Reset
Please enter your e-mail address. You will receive a new password via e-mail.