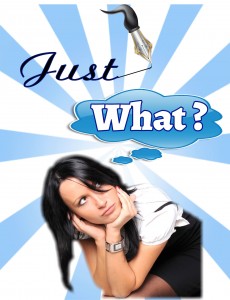 Lately I’ve been hearing people using just as a descriptive of themselves or of something. An example might be I am just doing xyz…  Just used in that context is limiting. I don’t think people realize that when we use that word in that frame of reference we are coming from a place of limitation and lack. I remember when I first met my husband. I was with a group of about 12 friends for dinner and he was sitting at the other end of the table. He later told me that he asked the woman sitting next to him who I was, her reply was “oh that’s just Betsy”. We didn’t see each other for another year when we met again through friends. I hadn’t remembered him, but he remembered me as “just Betsy”. When he told me this story, I found myself questioning the word “just”. This woman who introduced me didn’t have my best interest at heart, or she wouldn’t have used that word to describe me. If you really know me, I am anything other than “just Betsy”.  After that I started noticing how often people are using the word just in that limiting way. As a prayer chaplain, I even hear it in prayers, just …. just… just…   I was blown away that we would even use this limiting language in our conversations with God the omnipowerful and omnipresent. I am aware of the voice and language I use today as I believe there is power in our words. Now I use the word just, as it was intended, a shortened form of justice, not as a way to place limitations on anything. Think about what you want in life, what you want more of, is it just anything?

<-Prev Another “AHA” Moment! What’s Got You Stuck?
Next-> Meditation, is it Really Prayer?
2 comments… add one

Great point Betsy! I think when I use it in a description of myself it comes from that old place of not being enough. Thanks for the insight.

My pet peeve is when a physical complication is described as “just psychosomatic”. As you have found in all areas of your work, there is always a psychological aspect to physical manifestations. It is not even enough to see an individual from a Bio-Psycho-Social perspective – the spiritual is just as influential. Good job!

This site uses Akismet to reduce spam. Learn how your comment data is processed. 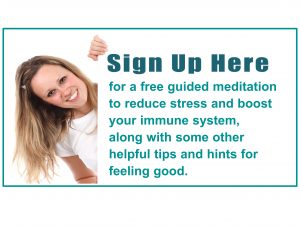