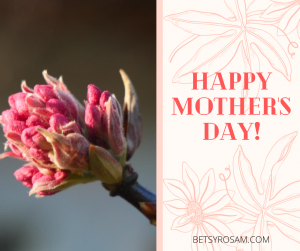 Since we’re just a few days away from Mother’s Day,  I asked myself “What is the true meaning of motherhood?” There’s a lot of definitions. The answers are simple. Yes, to give birth; yes, to adopt children; yes, to have a family. But it’s much more than that: someone who cares and nurtures her children with the deepest love, who sees who they truly are and what they are capable of, is concerned if they are hurt or in fear, and embraces their dreams and success as if they were her own. For me, motherhood is learning and knowing who your children are, encouraging and teaching them to be the best versions of themselves. Also having faith that the unconditional love and acceptance you have for them empowers and strengthens them, while cultivating confidence and kindness.

As a mother of 3 grown adult children, I have so many wonderful memories of parenting, as well as the challenging ones. Today I have to say I am extremely proud of them, and the people they have grown into being. I feel so blessed. The challenges of motherhood in the early years were pretty typical. The biggest ones, were those in which my childrens’ lives were at risk.

My youngest spent her first 6-1/2 weeks in an NICU, after aspirating miconium at birth and having 5 minutes without oxygen to the brain. She not only survived, but managed to thrive. Growing up to be an amazing young woman and an elementary school music teacher.

My son’s challenges were different, he was diagnosed with dyslexia and had some learning challenges. In spite of them, he persevered and grew to love music. Today he is an amazing musician, composer, and sound engineer. After graduating from college, while living with a friend, he managed to escape a house fire with only a pair of shorts on. The fire was so bad, it melted his truck in the driveway. He lost everything, except his will to live. As a mother, the thought of losing him was almost unbearable. Today he has his own business, thriving against many odds right now.

My eldest daughter was a typical eldest child leader. She is a leader today, owning her own Event Business with her husband. She is an extremely creative, witty, smart, and strong woman. Her strength is profound. She has been a huge inspiration to me, for several reasons. When she was 13, she was run over by a car, she survived with physical therapy, she was able to play sports, dance and sing. She majored in Musical Theater in College, and her first job was singing in dancing on a cruise ship that had ports throughout Europe. I would get emails from Istanbul, and Egypt, telling me all about the pyramids. While in Greece, she fell off a moped and broke 4 ribs (mostly in her back). It took a year for her to recover and her first job was in the musical “Can Can”, as a dancer! Today she teaches dance classes(including tap), and aerial silks. She taught me about strength by her example.

Celebrating Mother’s Day has always been a treat, until 3 years ago in August, when my youngest was killed by a drunk driver. I miss her terribly, and Mother’s Day has been filled with a mixture of feelings. Those of gratitude, joy, loss, grief, and hope. This year will be my 3rd Mother’s Day without my daughter, and I intend to focus on what I have, the memories of our life together and the knowledge that she is safe and happy on the other side. I look forward to a continued relationship with my other two children, whom I love deeply and really like as well. I am proud to have been given the gift of being their mom. Happy Mother’s Day!

Next-> It’s Time To Shift
0 comments… add one

This site uses Akismet to reduce spam. Learn how your comment data is processed. 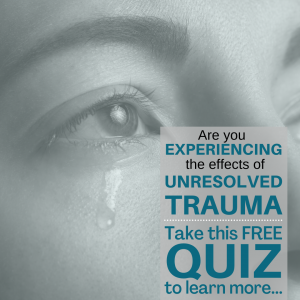 Wordpress SEO Plugin by SEOPressor
Password Reset
Please enter your e-mail address. You will receive a new password via e-mail.